Voluntary, outside of work

Before pivoting into tech, someone could've simply said the word "algorithm" and it would've impressed me. Once I learned more about these technical topics, I intuitively connected them with familiar concepts. I shared some of these analogies with my non-technical coworkers, friends, and family to explain the features I was working on. They were excited, engaged, and often had follow-up questions.

I started What the Tech to share these analogies and help bridge the gap between software engineers and the rest of the world. I'm passionate about getting more diverse talent in technical roles. If tech had been presented as more accessible and fun, I might have considered pursuing it as a degree. It's my hope to cultivate more diversity in tech by breaking down these barriers.

Who the tech cares?

I designed the posts to be connected like a puzzle, which adds an element of cohesion between the variety of posts. The circuit board wires add a "techie" feel to the feed while still maintaining a playful, light, and approachable appearance. I created all of the posts using Canva. 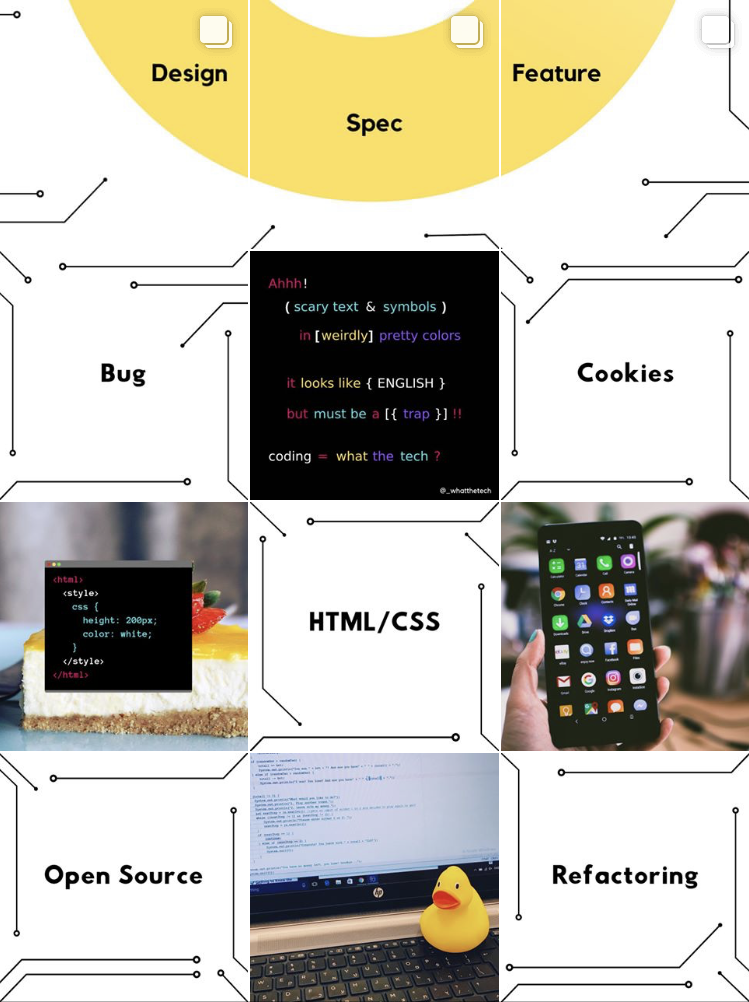 I experimented with different types of content and designs: adding videos, having the analogy in the post's caption vs in multi-image posts, etc. I tracked the posts' success through their engagement and share count. I also asked users directly for feedback on the content via Instagram stories.

After the first five analogy posts, I started putting the analogy as a teaser on the first photo of the post. So, instead of seeing just "API," it'd say "API: it's like a vending machine" which piqued people's curiosity and I began to see more growth and engagement on the platform.

I also tried creating posts related to current topics, trends, or events vs evergreen (not time-bound) content. I found that the former was far more likely to get shared by users, and therefore people connected to it more, and in turn, it brought in more engagement and reach. 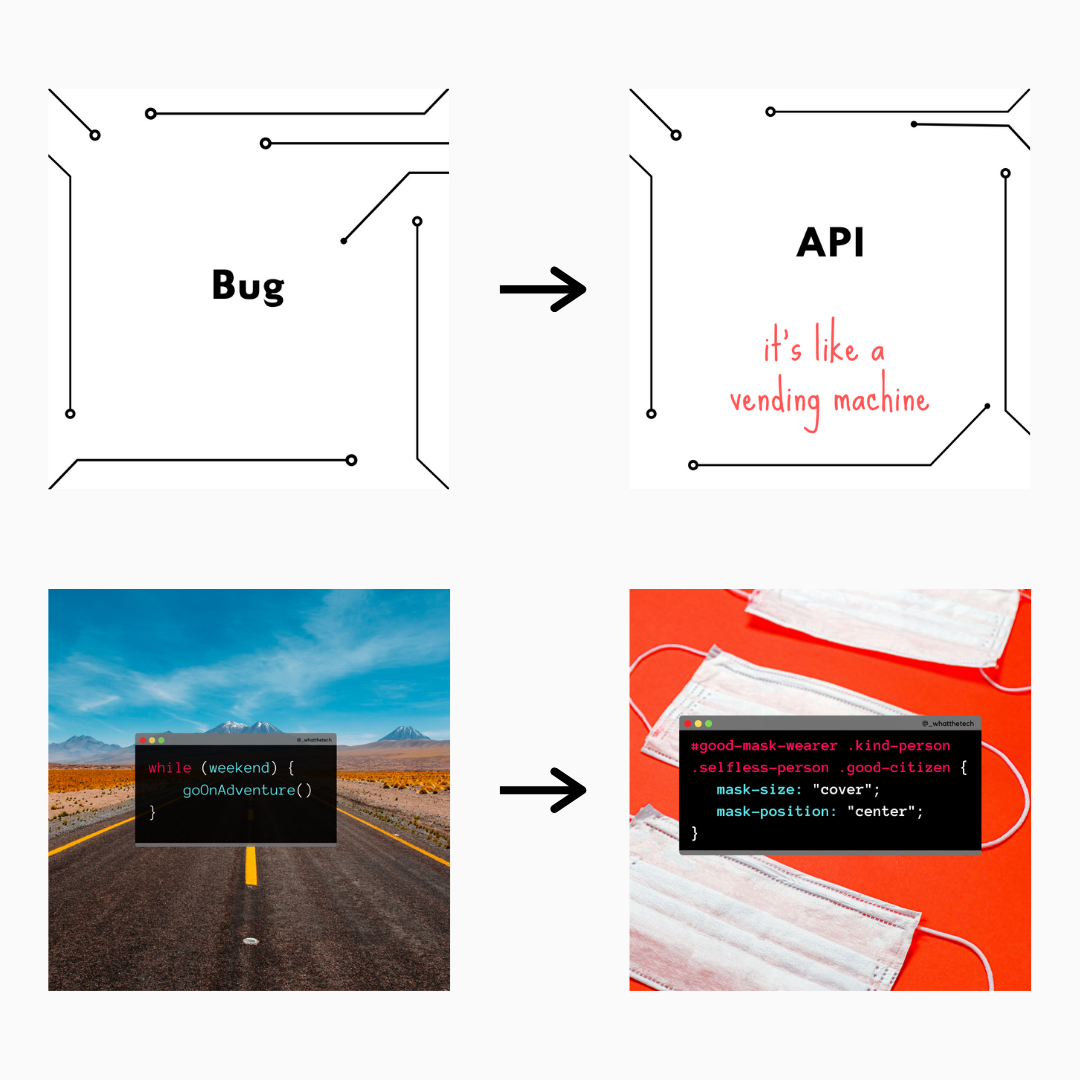 Can I see your code?

One of my coworkers, a recruiter, came over to the senior engineer sitting next to me to ask him about the interview he had just done. She follows What the Tech on Instagram and had expressed to me how much she enjoys and has learned from it. Before leaving, she leaned over his computer to look at his screen. The senior engineer asked, "What are you doing?" To which she replied, "I wanted to see what your code looks like."

I couldn't stop smiling. This was precisely my goal in creating What the Tech. I want to pique people's curiosity about technology and programming, and make it fun and approachable.

A few months after launching What the Tech, TikTok became the most popular platform for my target audience of young, female teens. Instead of switching platforms and learning the ropes of TikTok, I decided to stick with Instagram since I had already seen a lot of engagement and interest from others outside of this demographic.

I've received many messages from people all over the world with feedback and stories about how the account inspired them to learn to program.

This account served as a proof of concept for my ideas. I've learned that people do find this content valuable and inspiring, and I'm currently working on the next version of What the Tech which will involve a more suitable and widely accessible format.